Another year, another attempt to scale the heights, ford the streams, defy the elements – and get lost repeatedly when only 10 miles have been travelled on simple roads. But hey, that’s how we get our kicks man (that means fun to us young hep cats Roger).

This year it’s Biggar to Berwick via Melrose, a much shorter jaunt than in previous years. However you won’t be surprised to find that the “athletes” are already getting their excuses in early, “it’s very hilly”, “ooo, I hope it doesn’t rain” etc. Where would we be if Sir Edmund Hillary had said, “ ooo, that big mountain looks a bit high….. “

Day one Biggar To Melrose 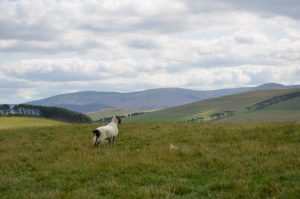 A new member of the team surveys the route

Well who’d have guessed – IT’S NOT RAINING – that’s got to be a first!
Set off from Biggar CO-OP in lovely sunshine and had a very nice drive to The Botanical Gardens at Dawyck. Very lovely countryside all around – and did I mention the lack of precipitation? 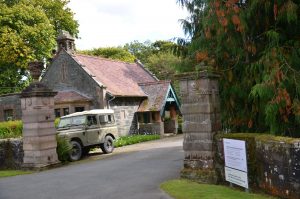 Entrance to the gardens

However, I’ll need to check my blogs, but I think this may be the first time they’ve got lost on the very first stop. Luckily there we actually had a phone signal, and so we were able to agree to carry on, and make the next stop Caledonian Road, just outside of Peebles centre. 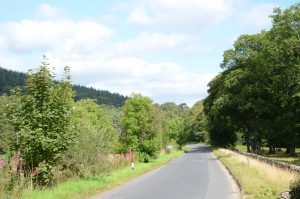 Peebles is really lovely, I’d forgotten just how nice it is. However the rendezvous proved not to be as easy as it should have been. Misunderstandings and map errors (by them!!) meant another late stop, but they got there in the end. Lunch was taken among some very nice houses. 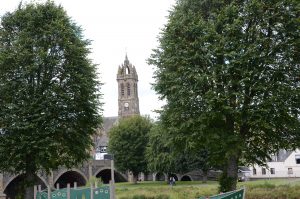 I’d planned to meet in the car park across the road, but due to a Highland music festival, everywhere was absolutely packed with be-kilted bagpipe merchants (HOOTS! etc.). Interestingly (well to me anyway), the toilets in the car park have the most ridiculous system of entry and exit. Once you’ve paid your 30p (my God it was 2p only 5 minutes ago), you then have to go through numerous button presses, red and blue flashing lights and warning buzzers. All to take a pee!! I know who’s taking the p***. 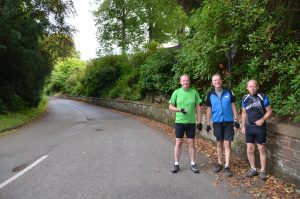 Taking on water and other semi-legal substances at Craigmyle

So, after lunch we packed up for the next section to Craigmyle Park. Now, you know how Hollywood stages it that people to drop incriminating evidence when they pull something out of their bag? Well, ask Michael’s why a pair of latex proctology gloves fell out of his bag at this point…… I have nothing to say on the matter (unless asked). 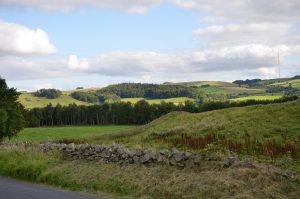 The Tweed valley is really easy on the eye 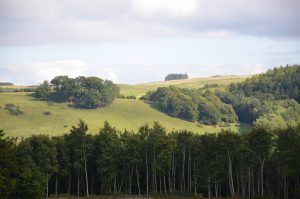 The next 10 miles to Melrose were really beautiful, meandering up the Tweed valley. No one managed to get lost and the impeccable domestique (me) had cold pints waiting for the riders as they arrived at Burt’s Hotel. We didn’t see Burt , but the very nice reception lady was very helpful and the rooms were more than adequate. Dinner consisted of G&Ts, great gulps of red wines, port and, oh yes, food. The food was actually really very good, and a nice night was had by all. 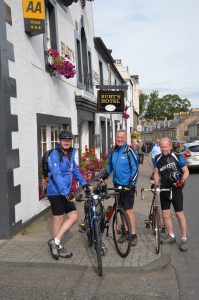 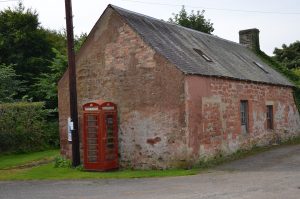 The buzzing metropolis of Makerstoun 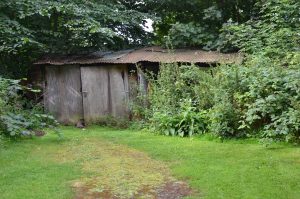 First stop of the day was Makerstoun. My route from Melrose was mainly on boring A roads, but even then the beauty of the local area was clear. Makerstoun proved to be 10 red sandstone cottages and an old red GPO phone box. A very pretty and sleepy little village that time seems to have forgotten – lucky for Makerstoun. 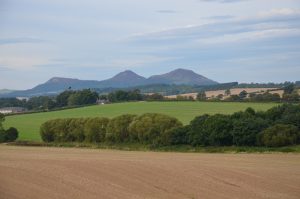 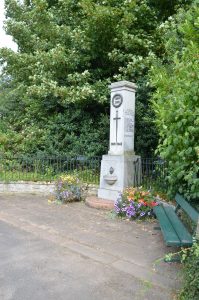 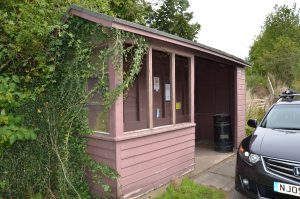 Next stop Ednam. Another quiet village, with only a dilapidated bus shelter and a war memorial to note. There were 12 WW2 dead recorded on the monument, makes you understand how devastated such a small community must have been at the time.
No problems thus far today, but something tells me it can’t last.

On to Upsettlington. Well named, as there was something really unsettling about the place. Really immaculate cottages and a big manor house, but not a single person to be seen. The local coven must have been on a day out to Peebles. 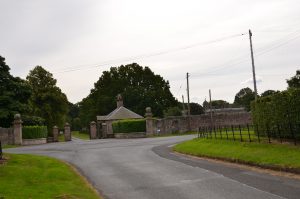 Last leg Upsettlington to Berwick. We decided not to actually go into Berwick and instead to meet at a nondescript A1 junction. 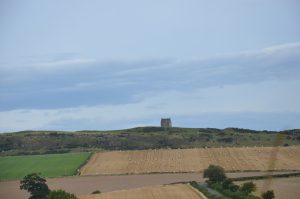 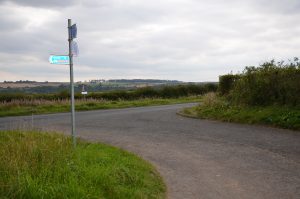 The end of the road

Sounds like a little bit of a anticlimax especially as there were no crowds stewing our path with rose petals. But the riders still appeared to be pleased to get here. 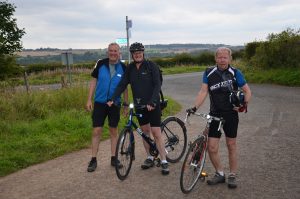 It had been another really good time for us all. And next year is already at the planning stage. Now where’s my map of Machu Picchu??…..